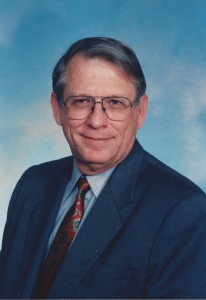 Dauben International Energy Consultants, Inc. (DI) was established by Dr. Dwight L. Dauben in 1993 as a consulting company to provide services in the areas of reservoir engineering, reservoir simulation, and improved oil recovery (IOR) technology. The focus of the company has shifted over time from international to domestic operations. DI has worked mostly with independent producers to improve oil recovery from mature fields. These projects have commonly involved waterflooding, application of horizontal wells, gravity stabilized gas injection, CO2 flooding, and the development of new fields. Some of the major projects include:

• Gravity stabilized gas injection into the gas cap of a small reservoir containing a significant amount of closure.

• Development of a chemical recovery process for application in a shallow sandstone reservoir in the mid-Continent area.

• Development of a CO2 recovery project in a deep carbonate reservoir.

DI continues its long term relationship with Grand Resources, Inc., Tulsa, Oklahoma, in the application of horizontal well technology to improve the performance of waterfloods in the mid-continent area. Grand has achieved outstanding success in reservoirs that have been 100% depleted by conventional primary and secondary recovery methods.

DI has in-depth experience in the United States and throughout the world. The international experience has been concentrated in the Asian and Middle East regions, including Japan, Indonesia, China, India, Philippines, Morocco, Myanmar, Kuwait, and the United Arab Emirates.

Dr. Dauben was the past General Chairman of the Thirteenth SPE/DOE Symposium on Improved Oil Recovery held in Tulsa, Oklahoma, on April 13-17, 2002. This is the premier conference in the United States on the emerging technologies for the improved recovery of oil. He was actively involved in the conference held in April 2016. He received the prestigious IOR Pioneer Award at the SPE/DOE Improved Oil Recovery Symposium held April 19-23, 2008, Tulsa, Oklahoma. He, along with four other recipients, received this award in recognition of his long-tern efforts in the development and application of technology to improve recovery from mature oil fields.

The current low oil prices present a challenge for all producers especially those that are involved in the more expensive oil plays. DI has no particular insight on the timing of a turn-around in oil prices. However, some of the DI clients are continuing in the development of new projects since consulting costs are relatively low and they will be in good position for early implementation once the oil prices have moved toward a positive trend. Actual implementation of new projects can also be justified in today’s environment since drilling and completion costs are much less today than earlier. It is understood that the ability to infuse capital today depends upon the economic strength of the company and the tolerance for a certain amount of risk.

DI along with its affiliated professionals is uniquely qualified for the challenging opportunities that lie ahead because of its long-term experience and expertise. This expertise and expertise helps to reduce the risk factors involved in the application of new projects.